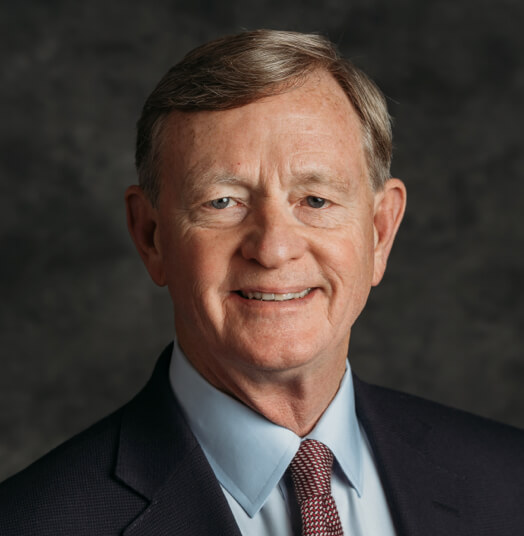 Tim Tyson is a world-renowned pharmaceutical industry leader. In his 35-plus year career, he has negotiated complex multi-billion-dollar mergers and acquisitions, led major turnarounds that have fueled growth and value, and, most significantly, has been instrumental in bringing more than 50 life-saving and life-improving medicines to market.

Prior to establishing TriRx, Mr. Tyson served as Chairman and CEO of Avara Pharmaceutical Services, Chairman and CEO of Aptuit, and CEO of Valeant Pharmaceuticals International. Earlier in his career, he spent 15 years at GlaxoSmithKline, starting in engineering, then commercial operations, and eventually becoming president of the company’s global manufacturing and supply division. Mr. Tyson began his career as a manufacturing manager at Procter & Gamble after completing full-time military service. He is a graduate of the United States Military Academy at West Point and received his M.B.A. and M.P.A. from Jacksonville State University.

We are here to listen to your needs, respond immediately and support your long-term success. Send us a message if you have a need for a specific project, want to set up a meeting, or are simply looking for additional information.